Low DO Operation at TRA Featured in Texas WET 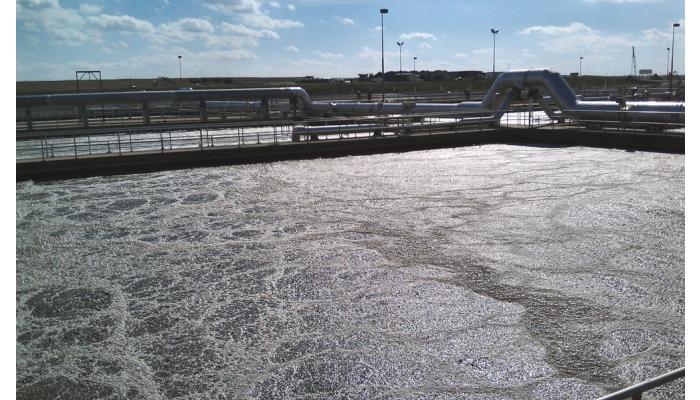 TRA's 162-million-gallon-per-day (mgd) wastewater treatment plant in Grand Prairie retrofitted one its 12 aeration basins with a single selector zone. While the demonstration basin was constructed to demonstrate nutrient removal performance, it allowed TRA to conduct full scale tests on several operational changes aimed at both nutrient removal and energy efficiency. The basin receives flow rates between 12 and 20 mgd. One of these tests involved low DO concentrations to decrease energy consumption and increase nutrient removal.

The article discusses the results of the full scale testing on airflow reduction, nitrification, and microbial ecology of the activated sludge system. Based on the testing, TRA has moved forward with design of several components to incorporate low DO operation, ammonium based DO control and selector zones into all twelve of the aeration basins. The investment of both financial and human capital in the demonstration basin has resulted in significant operational savings and helped to improve the design of the next phase of aeration basin improvements.

To read the full article, please click on the link below; the article starts on page 35: